1. Can someone be a sincere Christian and believe in evolution?

I believe personally that this question is very difficult for me to answer. I believe in the creation story and how God first formed the Earth. That He is a divine creator and that life kind of makes more sense when God is the chief architect of everything. Where I personally have questions is the 7 days. When I was in high school we went through a big study about proving evolution wrong and that the 7 days meant 7 ordinary days. As a Christian, I believe that God is mighty and powerful; He can do anything. Therefore I can believe that God formed the entire world in His infinite power and might. But when I see all this research about things being millions of years old and Old Earth theories, I don't know how to understand them or what role the 7 ordinary days plays into it. And I think that's where I get caught up on evolution. I guess personally I don't know how evolution disproves God. If the 7 days aren't ordinary days but are hundreds, thousands, or millions of years ago, then it is not farfetched to believe that evolution and God are working together (or better said that God is working through evolution). I believe that ultimately God is the Master creator, who created man and I believe in the Garden of Eden. But I do not know how to match the Old Earth theories with proven scientific knowledge in millions of years with the creation story. So, I believe it is okay to be a sincere Christian and believe that maybe God worked through evolution in the beginning as Old Earth theories provide. But I think to completely throw out the Creation story and disbelieve that it was God who created the Earth, every living thing, and mankind itself is extremely dangerous. Because the Genesis 1-3 story captures so much of God's life-giving nature and His ability to create and rule over creation. It would be hard for me to think that someone can truly know and capture God's true character while denying the Creation story.

2. "Is it possible to understand God's glory without understanding His love?

So out of all the questions, this one stuck out the most. So, when thinking through this question, two passages can to mind: Exodus 33:18-19 and Hebrews 1:3. The passage in Exodus says "Moses said, 'Please show me your glory'. And he said, 'I will make all my goodness pass before you and will proclaim before you my name 'The Lord'. And I will be gracious to whom I will be gracious, and will show mercy on whom I will show mercy.'" Later on in Exodus 34, God is proclaiming who He is to Moses and He describes Himself as "slow to anger and abounding in steadfast love and faithfulness, keeping steadfast love for thousands". So in the first passage, when Moses asks God to reveal His glory, God reveals His glory by saying that His "goodness" will pass before him, and that He is full of mercy and grace. And further on, God reveals that if Moses were to see God's glory, he would die. This shows us that God's glory is overpowering and that it is made up of goodness, grace, and mercy. In the passage in Hebrews, the author is describing Jesus and he states that, "He is the radiance of the glory of God and the exact imprint of His nature, and he upholds the universe by the word of is power"(Hebrews 1:3). This reveals that the Son is the exact representation of God's glory and that he radiates it. When we understand that Jesus Himself is God's glory, it helps us better understand how God's love plays a role. Because we can say that Jesus lived His whole life walking in love and 1 John chapter 4 verse 8 actually states that "Anyone who does not love does not know God, because God is love" (italics added). So when we understand that Jesus Himself is loving, that He lived His whole life walking in love, that Jesus died on the cross for our sins out of love (John 3:16), and that the Son Himself is the exact imprint or representation of God's glory, we can conclude that God's glory and love are strongly linked. That to try and understand God's glory without understanding God's love is to not understand God's glory. Because if Jesus Himself is God's glory, and God is love, and Jesus loves us individually and the world as a whole so much to take the sins of the world and die for us, then we are missing a massive piece of God's glory. And one can argue that what God says about His own glory in Exodus 33:18-19 revolves around love. That love is goodness, that proclaiming God's name (as He IS love as shown in 1 John chapter 4 verse

is loving, and that grace and mercy is rooted in love. Then, we can recognize that to understand God's glory without understanding His love is to not understand His glory at all.

(In response to question 1).
I too, have always found it difficult to wrap my mind around the length of time in which the creation story took place. Like you, I also believe that God is divine and mighty and that of course creation can happen in seven days, but at the same time I do not want to be ignorant to the clear scientific data that we observe through carbon dating which tells us that the creation process was much slower.
My question to you though, is this: Are we saying that humans evolved from apes? That (macro evolution) is something I disagree with. Scripture clearly states that every creature was made after it's own kind (Gen 1:21). However, I do believe in micro-evolution-- that a species can change over time (but not into an entirely different species).
Therefore, I do think that God made man in a single day. But perhaps the rest of creation was stretched out out a bit? 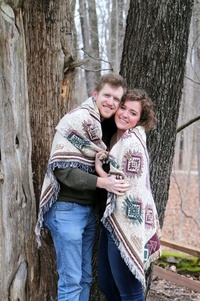