1. The first story that I would choose from the Old Testament is the story of Creation. In Genesis 1:26, the Bible say that when God created man He said, "Let us create man in our image". This shows that God is speaking in the plural and is not a singular Person, but has more Persons as a part of the Godhead. Also in Creation, it mentions that "the Spirit of God was hovering above the water" (Genesis 1:2). Finally, God states the victory of Jesus in Genesis 3 when He proclaims to the serpent that "he shall bruise your head and you shall bruise his heel" (Genesis 3:15). While this doesn't necessarily go into the divinity of the Son, it proclaims Jesus' predestined victory over death. It allows Christians to go back and see Jesus in the Creation story as well as the other examples. The Creation story is a great example because it shows the nature of God in His creative and life-giving way and it also identifies all 3 Persons of the Trinity.
The story I would chose from the New Testament is the Baptism of Jesus. It clearly shows all Three Persons of the Trinity. It shows the Son as both man and God being baptized. It shows the Father in His glory, sending out the Son to do His ministry. And then it shows the Spirit as a dove descending upon the Son and revealing God's constant presence on Earth. I think in both the Creation story and the Baptism story is that it clearly shows 3 separate Persons in individual roles and all are God. It shows God's characteristics and His nature.

2. The question that sticks out to me the most is #1. I would say that this statement equally goes into the faith and the mystery of God. To deny the Trinity is to deny God's true nature. God IS 3 in 1, Father, Son, and Spirit. To deny one part of the Trinity is to deny all of God because it takes away from who God is. The Father is an individual Person of God with His own characteristics but is equally God, same with the Son and the Spirit. To deny the Trinity is to deny God and therefore one needs faith to believe in the Trinity which is proven through Scripture. In order to believe in God's saving power, we need to know God's avenue by which He saves. The Father's plan, holiness, and forgiveness, the Son's glory and redemption, and the Spirit's power and connective ability between man and God. Finally, on the second half of that statement, to dive in too deep into this mystery is to try to understand the understandable. We need to believe in the Trinity, but to clearly and totally understand the Divine relationship and inner working of the Trinity, is impossible for our human minds. There's only so much information in the Bible about the Trinity so in our earthly lives we will only know in part. But when we stand before God we will know in full. Or we never will, because it is too complex!

Hello, will you please add a picture to your profile for this forum? 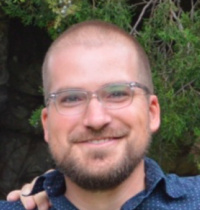