1. Can someone lose their salvation? If so, what would make them lose it? Select a few Bible passages that address this subject and briefly (1-3 sentences each) explain how the verse speaks to this question.
Matthew 13:1-9; I believe this passage shows that people cannot lose their salvation, and that any appearance of someone walking from the faith is evidence of their lack of salvation from the beginning. In this parable, only one of the seeds is able to hear the word and understand it. This shows that while the other seeds may have appeared to be good soil and fruitful, the truth is they never were, so their "salvation" was not genuine.
Luke 22:54-72, John 21:15-25; In these passages together, I see how Peter seemed to have turned from God and lost his favor in Christ's eyes. He verbally denies him three times, which if a believer did this today, someone would say they are no longer saved. But in the second passage we see Peter running back to Christ (similarly to the Prodigal son). This shows that saved persons may stray very far, but a saved person will always return to the Lord. and this does not mean they "lost" their salvation in the mean time.

What image of salvation do you naturally gravitate toward and why?
I naturally gravitate toward the Justification image. I did not grow up reformed, but during my years in college, I became very fascinated with their doctrine. Because of this, I have grown to see "justification through grace alone" permeate my thinking of the Gospel. After reading Bird's take on it, I found I still carry a broken view of the Justification image where I remember the "a wretch saved by grace" and forget the "made perfectly righteous in God's eyes". Because of that, I have believed lies about who God is. For example, I have never doubted the power of Christ's blood to free me from wrath and bring me to the gates of heaven, but I have lacked to see God's pleasure in me. I have a habit of seeing myself as "just justified" rather than a celebrated daughter of the King. I hope to develop the Rescue image in my thinking so I can begin to see myself as God sees me. 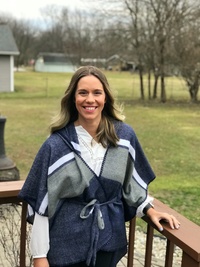