1.Can someone lose their salvation? If so, what would make them lose it? Select a few Bible passages that address this subject and briefly (1-3 sentences each) explain how the verse speaks to this question.

This is a really complicated question, but my immediate reaction to the question is yes. It is the enemy’s goal to steal, kill, and destroy and also bring division. However, we have a God that is powerful and overcame death. I think that there are some instances where someone becomes and believer and they have head knowledge and know the facts, but it hasn’t become deeply rooted in their heart. I know that this sounds harsh, but that makes me question if they were truly saved to begin with. In Evangelical Theology, Bird does a great job of explaining how there are people who have professed faith and have fallen away and that their true nature was revealed by their departure from the race.

Hebrews 6:4-6: “For it is impossible, in the case of those who have been enlightened, who have tasted the heavenly gift, and have shared in the Holy Spirit, and have tasted the goodness of the word of God and the powers of the age to come, and then have fallen away, to restore them again to repentance, since they are crucifying once again the Son of God to their own harm and holding him to contempt.” This passage is dealing with believers who have fallen away from God and experienced His gifts that they can lose their salvation.

Matthew 7:21-23: “Not everyone who says to me ‘Lord, Lord’ will enter the kingdom of heaven, but the one who does the will of my Father who is in heaven. On that day many will say to me ‘Lord, Lord, did we not prophesy in your name, and cast out demons in your name, and do many might works in your name?’ And then will I declare to them, ‘I never knew you; depart from me, you workers of lawlessness.’” This passage just reminds me that it is not enough to have head knowledge and do works, but a true relationship with the Father is important and also constantly work out your salvation and have perseverance.

2.Select a question from page 607 and write a response.

2. If someone asked you, “What must I do to be saved?” how would you respond?

I would first ask them if they have heard of the Gospel and then share it with them so they would know the gravity of what they were committing to. I would then have them read back to me the verses in Romans if I had access to a Bible. I would present Romans 3:23 (For all have sinned and fall short of the glory of God) and then I would explain the verse and have them share with me what that means to them. One they understood that, then I would present Romans 6:23 (For the wages of sin is death, but the free gift of God is eternal life in Christ Jesus our Lord) and then I would explain about wages and how salvation is a gift from God. I would then ask them what that means to them to make sure they understood. Finally I would present Romans 10:9-10 (For with the heart one believes and is justified, and with the mouth one confesses and is saved) and would explain it and ask them what it means to them. Finally, I would ask them if they were ready to make the decision and then lead them in a prayer and start a discipleship process. 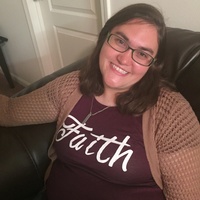 I love that you have a heart for evangelizing the lost, Bethany! That's amazing and takes a lot of courage! I do think we have to be careful with new believers or those who are asking, "What do I have to do to be saved?" It's important that we show them that there is nothing that they can do to become saved. It is only by the saving grace of Jesus who died on the cross for our sins that we are saved. It's also important that when evangelizing these people understand the weight of God and His mercy and grace. I feel as if so often when people seem to fall away from the faith it is because they never truly had revelation of God. In those instances, people are more often than not seeking a self help club rather than a personal relationship with the Almighty King. 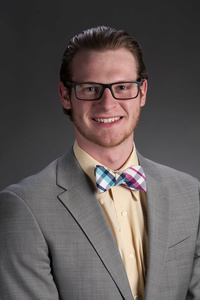