a1. Eschatology in Paul's Letter to the Thessalonians

Thessalonians is ripe with eschatology. He speaks about the end times very frequently within the letter. It begins in Thess. 1:9, where Paul describes the characteristics of the Thessalonian church include being a people who “wait for his Son from heaven” and “who delivers us from the wrath to come.” They clearly have a handle on there being a future judgement and Jesus’ return. Of course, Paul expands upon their knowledge within the letter. In Thess. 4:14-15 Paul goes on to proclaim that all of those who brothers and sisters who have “fallen asleep in Christ” who return with him in the Second Coming, where “the Lord himself will descend…with a cry of command.” In the following verses (Thess. 16-17), Paul continues to describe that coming with Christ will also be an archangel and the sound of the trumpet of God. From all this we can gather that Christians will descend with Jesus in their resurrected bodies in the Second Coming, and the glory of God (heavenly trumpets and angels) shall accompany this joyous moment. He says in Thess. 4:17 that the dead in Christ will be resurrected and those who have not yet passed will meet them in the air, potentially then also receiving their resurrected/transformed bodies. He concludes by saying that they will then always be with the Lord, meaning that He will never leave and the Day of the Lord is nigh. Paul continues on to describe what this Day will be like. He describes that this Day will come “like a thief in the night” and will be accompanied with sudden destruction. (Thess. 5:2-4). But he encourages believers to have heart and to continue putting on the armor of God because ultimately, there is nothing that can harm them. They will receive resurrected/transformed bodies whether they die or live to see the Lord’s return.

2. What view of the millennium do you find most persuasive and why?

Growing up, my church didn't ever talk about the events of revelation or the specifics of Jesus' second coming. Terms like "pre-millennialism" and "post-tribulation" were foreign to me for most of my life. I learned more about them during college, but could still claim no expertise about them until reading this chapter. Having read it, I haven't completely made up my mind either. I was actually not aware that the bible described Christ having a thousand year reign, I had expected that his second coming would coincide with the rapture and then the tribulation, and then the second judgement.

But having read these chapters, I have decided that I find pre-millennialism the most persuasive. Post-millennialism does not make a great deal of sense to me. It may have made sense to those in the 1800's as European "Progress" was supposedly making the world a better place and nascent technology indicated we would solve the world's problems, but seeing as the world is becoming less christianized and martyrdom is on the rise, I do not believe that there will be a thousand year golden age of Christianity that concludes with the world at large being infused with christian values and filled to the brim with believers. Bird says it best on pg. 277, "a mission to the nations does not mean that all the nations will embrace the good news." Amillenialism also doesn't make sense to me because the church has not reached a golden age, the world has not become a significantly better place infused with christian values, and I do not believe that Satan has been bound, he is very much still at work. However, I do find this to be a compelling and simple view. It just doesn't seem to account for the resurrections which would seem to align with the millennial reign of Christ. Additionally, while Christ is alive and with us, it makes more logical sense to me that the millennial reign with Christ would coincide with Christ's return. 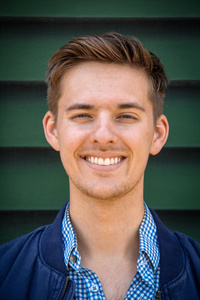 I agree with you that Post-millenialism doesn't make sense, especially in terms of some of the other things we know about "the End Times." The end times are characterized throughout the New Testament as a terrible time on Earth yet post-millenialism asserts that Christ will return when the whole world is Christianized. This is just one of the many problems I see with post-millenialism. While I reject Post-millienialism I am curious; most who I have seen reject it state that it is because the world is becoming less Christian but I feel like this is because we only look at America. America is absolutely becoming less Christian but we hear constant stories of great revivals in an encouraging number of other countries. I still reject pos-millenialism for a host of other reasons and I don't believe the entire world will be Christianized before Christ's return but I don't believe we can say the world is becoming "less Christian." The only reason I bring this up is because its been on my heart/mind a lot recently, I know I'm slightly am refuting what you said but only for the sake of discussion haha. 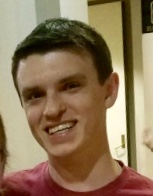