1. In the book of 2 Thessalonians, Paul is reminding the church at Thessalonica about the Lord's returning. He reminds them that God is just and will judge those that don't know Him (1:5-10). He also warns them against the false teachers who will try to deceive them into believing that the Lord has already come (2:1-4). He tells them that Jesus will not return until the "man of lawlessness" is revealed (2:3). Once the man of lawlessness is revealed, Jesus will return and "overthrow him with His breath and destroy him with the splendor of His coming". Paul encourages the church to stand firm in what they have been taught and not to be deceived (2:5-12). The early church at Thessalonica was struggling with similar issues that we have today. There are so many "preachers" and "teachers" that are distorting the truth and presenting it in such a way that many are deceived into accepting it. However, we must be careful to test every claim against God's word and know that His word never changes!

2. (#3) Explain how the kingdom is both a present experience and a future hope. What do we already have and what do we still hope for?

The kingdom is a present experience because of Jesus! When God came to earth incarnated as Jesus, He brought the kingdom with Him! The first coming of Jesus Christ, his death and resurrection and His giving of the Holy Spirit are all part of the here and now of the kingdom of God. As Christ followers, when we receive the Holy Spirit in us, we are joining the kingdom of God. However, there is still so much to look forward too! As Paul writes in Romans 8:21, "creation itself will be liberated from its bondage to decay and brought into the glorious freedom of the children of God". When Jesus comes for the second time, He will bring with Him eternal redemption, freedom, inheritance, and righteousness! We have these things currently, but we are still in the bondage of a sinful world. We have the future hope of new creation where sin no longer has reign and death and destruction are no more! 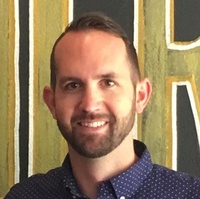 You are right in saying that we must be careful to test every claim. Ironically, Acts 17:11 tells us "Now the Berean Jews were of more noble character than those in Thessalonica, for they received the message with great eagerness and examined the Scriptures every day to see if what Paul said was true." The Berean's were grounded in scripture and looked to that as the ultimate source of truth, which confirmed Paul's words and brought them great blessing. However, if we depart from the standard of truth and fail to the what we hear we can quickly be led astray. Much of what we see happening in the greater Church around us today with false doctrines and condoning of sin comes from a lack of Biblical knowledge and I think perhaps signifies an increase in rebellion and is paving the law for this man of lawlessness. No matter how bad things could possibly get though, we can have confidence because we know who wins in the end (it is cool that God doesn't mind sharing spoilers with His bride). 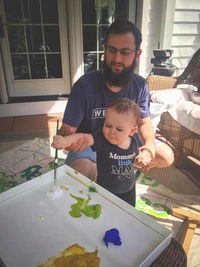